Home/Small Loans, Big Need/Who needs small loans?
Who needs small loans?Zadro2020-10-26T04:38:56+00:00
An estimated 3 million Australians – around 16.9% of the adult population^ – do not have access to traditional credit from banks, including credit cards, personal loans, car loans and mortgages. This is usually due to their low income, poor credit rating, low savings or past defaults.

With household budgets that are already stretched, an unexpected expense – like a medical bill, car repairs, or household expenses – can often leave these individuals and families feeling anxious about meeting their obligations and with nowhere to turn.

How would you handle having no access to additional funds when you need it the most?

For around 1 million Australians in the past year*, the answer to this question was a small amount loan from an ASIC-licensed Small Amount Credit Provider.

Without access to this type of credit, consumers may seek out illegal options from unlicensed money lenders on the black market and become even more vulnerable to crime and social issues.

That’s why the Small Amount Consumer Lending industry exists: to provide those consumers who can afford a loan, yet can’t access credit from typical avenues the opportunity to obtain funds to use as a stop-gap for unexpected living expenses.

This highly regulated service means that Australians in need can apply for a loan to suit their needs. The terms of their loan are clear and easy to understand and they know the exact amount of their repayments, the costs involved, and any possible default fees. The normal capped fees of “20% and 4%” will be all that most borrowers will be charged.

But there is an important debt-spiral cap that operates if a loan goes into default where the maximum fees the borrower will ever be charged is the same amount as the original loan. So, contrary to popular belief, the maximum repayments will never be more than double the original loan amount

Customers who use small loans are typically men and women aged in their mid-30s, with 64.5% of SACCs written to consumers who were employed. About 67% of all small loan applications are approved, with 87% of loan repayments successfully met. The average length of a loan is around four months.*

Only 4 in 10,000 consumers make contact through a consumer advocate group in regard to an issue with a loan.*

In 2012, Dr Marcus Banks, a Researcher from the School of Economics, Finance and Marketing at RMIT, published a report on the small loans sector entitled: Caught Short, an Australian Research Council funded report. This research was conducted prior to regulations that abolished payday loans in 2013. However, the key findings demonstrate the need that exists for a product aimed at those consumers who are not eligible to receive credit from banks – a gap that has been filled since 2013 by responsible lenders offering Small Amount Credit Contracts.

In March 2015, Dr Marcus Banks also published an article in the Overland Journal referencing his report and ongoing media interest in small loans. He said:

“The report’s finding that most people get caught up in an expensive cycle of repeat borrowing has led to calls by the media and consumer advocates to further regulate the sector and even close it down. A financial counsellor interviewed for the study summed up what is wrong with this argument: ‘It’s very easy for a bunch of middle class advocates, financial counsellors, whatever, to say this shouldn’t be happening – but walk a mile in the shoes of the people who have no other access. I think our entire premise should sit around that Centrelink payments are inadequate for people to live with dignity in this community.’

“There is a knee jerk reaction by media and consumer advocates to frame small loans simply as a market problem that can be addressed by greater regulation and smaller fees. The short answer is: no, it won’t. It is expensive to be poor, and the higher risks associated with lending to those on a low income means that any tighter regulation will abolish this now-established market and send it underground.

“People borrowing these loans are portrayed in the media as passive, easy prey and financially illiterate. However, as the Caught Short report and other studies suggest, a person taking out a small loan is often making a highly rational choice to manage their credit and debt in small amounts over short periods of time rather than putting themselves at greater risk of being overwhelmed by a ballooning credit card debt.

“Narrowly moralising against one financial symptom of current society lets the Australian government off the hook, airbrushes away the real financial struggles of low income earners, and offers no viable strategy to resolve their financial problems.”

of SACCs entered into

are by consumers whose main source of income is employment* 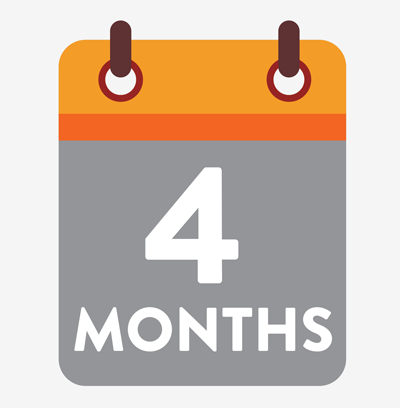 the average length of a loan*